Here are some great high-fiber, low calorie soup recipes that are easy to prepare. Each recipe contains mostly vegetables, beans, and herbs with little oil or parmesan cheese for flavor. They are filling and are a great substitute for green salads in the winter. You can make a large amount and keep separated into portions to grab and heat up for a quick healthy meal. 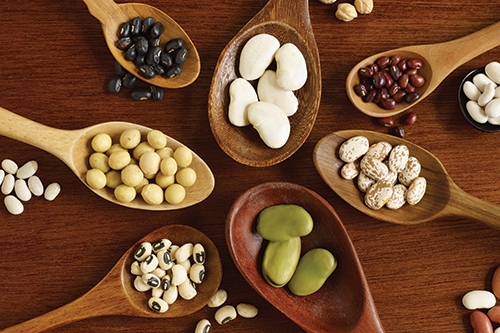 In a large stock pot over low heat, combine the olive oil and onions. Sweat the onions until wilted and soft, about 10 minutes. Add carrots and cook 3 minutes. Add celery, beans, water and Parmigiano-Reggioano rind and cook for about 20 minutes.

Add diced zucchini and cook for another 20 minutes. Add tomatoes and their juices, cover and cook at a low simmer for at least 30 more minutes.

Serve with a drizzle of extra-virgin olive oil and grated Parmigiano-Reggiano cheese. Serves 6.

Afternoon Bean and Turkey Soup
I found this recipe at www.BeanInstitute.com/recipes

1 or 2 turkey carcasses
½ cup dry light red kidney beans
½ cup small red beans
2 small or l large onion, chopped
1 – 2 cups peeled and sliced carrots
¼ green or sweet red pepper
4 stalks of celery and heart, including any leaves that are fresh and green
1 – ½ teaspoons dry thyme
1 teaspoon ground turmeric
1 teaspoon season salt
2 teaspoons salt
1 tablespoon dry parsley or ½ cup fresh
½ cup brown rice or whole grain
PREPARATION:
1 p.m. — Put 1 or 2 turkey carcasses in a large stockpot. Cover with water. Simmer for 1 – 2 hours.
3 p.m. — Sort and rinse beans. Add beans to the pot. Simmer.
4 p.m. — Remove turkey from the pot to a platter. Cool. Add vegetables, herbs and spices. Simmer. Pull bones apart and remove meat and skin. Cut meat into small pieces. Stir the mixture to check for bones and gristle. Remove and discard all bones and gristle. Return meat to pot.
5 p.m. — Rinse brown rice in a sieve and add to the soup. Simmer.
6 p.m. — Serve with crackers or whole wheat bread, glass of milk and fruit dessert.
Refrigerate or freeze and label any leftovers for future use.
If you need to start later, combine steps. Two hours is the minimum cooking time to make a good broth, cook the meat off the bones and tenderize the beans. Brown rice needs 45 minutes to cook. Add or substitute the vegetables and seasoning your family prefers or you have available.
4 p.m. — Put everything but the rice in the pot. Use high heat, stir and tend the pot until it simmers. It will take 20 to 30 minutes. Adjust the heat to maintain a simmer.
5 p.m. — Add the brown rice.
5:45 p.m. remove the carcass. Return the meat to the soup and serve.

Kale and White Bean Soup
kale-white-bean-soup-46
Created by Chef Ann Cooper. Featured at the 2013 Beans For A Better Life seminar in Dallas, Texas.

Preparation:
kale-white-bean-soup-1
Sauté onions in oil for 5 minutes or until soft. Add garlic and cook for an additional minute.
Add cooked beans, stock, salt, pepper, bay leaf, and rosemary and simmer for 10 minutes.
Add carrots and cook another 5 minutes.
Add kale and cook about 12 minutes or until kale is tender. Add more vegetable stock if your soup needs more liquid, and warm through.
Check seasoning, adjust as needed, and serve sprinkled with grated parmesan cheese.

In a large soup pot, heat oil over medium heat. Add onions, carrots, and celery; cook and stir until onion is tender. Stir in garlic, bay leaf, oregano, and basil; cook for 2 minutes.

Stir in lentils, and add water and tomatoes. Bring to a boil. Reduce heat, and simmer for at least 1 hour. When ready to serve stir in spinach, and cook until it wilts. Stir in vinegar, and season to taste with salt and pepper, and more vinegar if desired.

Thought this information will be helpful to understand the impact of trans-fat on health. I always thought trans-fats had similar impact of saturated fats. I encourage my patients to avoid trans-fats because the foods that typically have them are processed and have very little nutrition value. Foods with trans-fats won’t be missed.

Trans-fat free foods are not good for us. I’m sure food marketers will promote products as “trans-fat free” so we think we can eat as much as we want. Just remember, total calories and portion size is still important to consider when making food choices.

A brief history of artificial trans fats
The Food and Drug Administration’s decision to remove artificial trans fats from the American food supply was a long time coming. Public health experts and activists have been trying for nearly 20 years to get the fats removed from foods served in restaurants and sold in stores. In its announcement Thursday, the FDA said the ban would prevent 20,000 heart attacks and 7,000 deaths due to heart disease each year. Here’s a look at the history of trans fats.

These are foods that might have trans fats in them 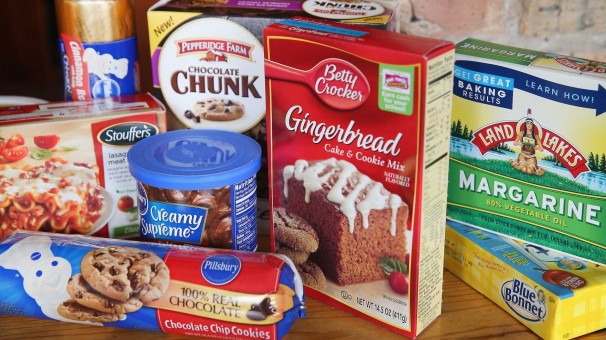 Q&A: What are trans fats anyway, and why are they so bad?

What is a trans fat, and why is it so dangerous that the U.S. Food and Drug Administration wants it removed from the food supply?

These are just some of the questions on the minds of diners as they digest Thursday’s FDA action. Although consumption of artificial trans fats is already on the decline, FDA Commissioner Margaret A. Hamburg said further reductions could save 7,000 lives each year.

What is a trans fat?

These fats – also known as trans fatty acids – are made by adding hydrogen to liquid oil, which turns it into a solid, like margarine or Crisco. This makes it a handy ingredient for processed food manufacturers, since it improves the texture, stability and shelf life. It’s also inexpensive. Today, it’s often used in foods including microwave popcorn, coffee creamers, packaged cookies, cans of frosting and frozen pizza, among others.

Where does it come from?

Trans fats are a natural component of animal products such as milk and meat. The FDA says that it is synthesized in the guts of grazing animals.

Artificial trans fats were invented in 1901 by Wilhelm Normann. The German chemist added hydrogen gas to liquid oils and came up with a cheaper alternative to natural products like lard and butter. For many years, these partially hydrogenated oils were believed to be safer than trans fats from animals, according to the Center for Science in the Public Interest, or CSPI. But by the early 1990s, epidemiologists were realizing that the fats contributed to heart disease.

Why are trans fats bad for your health?

It’s not just bad, it’s doubly bad. For one thing, it increases blood levels of the “bad” cholesterol, low-density lipoprotein. High levels of LDL increase one’s risk of coronary heart disease, including angina, heart attacks and other potentially fatal problems, according to the Centers for Disease Control and Prevention.

To make matters worse, researchers also believe that trans fats reduce blood levels of high-density lipoprotein, the “good” cholesterol. HDL appears to reduce heart risks by funneling blood cholesterol to the liver, where it’s broken down and removed from the body. There’s also evidence that HDL slows the buildup of dangerous plaques in the arteries, the American Heart Assn. says.

CSPI, the nonprofit advocacy group that petitioned the FDA to require labeling of trans fats way back in 1994, has declared artificial trans fats “the most harmful fat of all” on a gram-per-gram basis.

What about foods I buy in the grocery store?

Many food makers have reformulated their products to remove artificial trans fats – and when they do, they often tout their success on packages. Some examples of processed foods that are now trans-fat-free include Oreo cookies, Cheetos, Pop–tarts and instant Jell–O pudding.

So what exactly happened on Thursday?

The FDA announced its intent to remove partially hydrogenated oils from its list of ingredients that are “generally recognized as safe” (GRAS). That would effectively prevent food makers from using it in their products. Members of the public will have 60 days to comment on the proposal. If it takes effect, it would mark the first time since 1969 an item has been removed from the GRAS list. (Then, the artificial sweetener cyclamate was knocked off the list due to concerns about bladder cancer, liver damage and birth defects. Subsequent studies have found it to be safe in humans.)

Remind me again – what are partially hydrogenated oils?

These are the primary source of artificial trans fats. (Think of Wilhelm Normann adding hydrogen gas to liquid oils a century ago.)

Will this FDA action improve my health?

There’s good evidence that removing trans fats from foods – both through government regulation and voluntarily measure by industry – has already improved the nation’s health.

To cite just one example: Researchers from the CDC examined concentrations of trans fatty acids in blood samples collected as part of its ongoing National Health and Nutrition Examination Survey. They found that between 2000 and 2009, levels of four types of trans fatty acids fell by an average of 58%. They reported their results last year in the Journal of the American Medical Assn.

Another study based in part on the survey’s data calculated that the average American consumed 1.3 grams of artificial trans fats per day between 2003 and 2006. That’s a significant reduction from the 4.6 grams that the FDA said each American adult was eating every day (on average) in 2003. These findings were published in 2012 in the journal Food Additives and Contaminants.

If trans fats are so awful, shouldn’t I reduce my consumption to zero?

Not necessarily. It would be great to eliminate all artificial trans fats from your diet, but remember that some trans fats occur naturally in meat and dairy products. Unless you’re a vegan, you’ll probably keep eating some of the fats.

But you shouldn’t necessarily freak out about this. The Institute of Medicine considered this very question in a 2005 report and concluded that reducing trans fat consumption to zero would cause radical changes in diet that might deprive people of protein and essential micronutrients. The health consequences of this are “unknown and unquantifiable.”